Time To Resist: a parallel between the present situation and the Italian Liberation

Once, I’ve heard that History is a sequence of events that follow each other in a pseudo-cyclical manner, swirling on a pattern which ideologically could be represented with the shape of a spiral.

Every time has its own peculiarity, and can be linked to other events which took place in the past, and which could offer points for reflection, such as the one that just came up to my mind and pushed me to draft this brief article.

There are times for safeguarding Peace, Times for building new Identities, and Times for setting up Revolution: the one that we are facing right now is instead a Time of Resistance.

There is not too much to say about it: everyone is living this experience on their own, guessing how the future will look like once this Crisis will be over, and reflecting on how to deal with the present situation.

However, a significant remark, and a link with the Past, needs to be done, especially in this day – 25th April – in which Italy celebrates the Liberation from the Nazi-Fascist yoke, against which an entire generation of young men and women had fought in order to reach the long-awaited Freedom: they were called the Partisans, and the period of their undaunted fight went down in History as the “Resistance”. 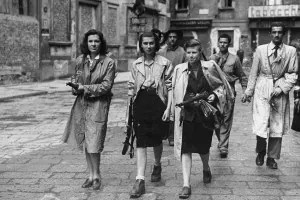 Women and Men of the Partito d’Azione (Action Party) immediately after the Liberation. Source: Getty-Images

When I was a child I had the unique opportunity to meet one of these people: her name was Bruna Dradi. She had adhered to the Partisan Movement in 1944, when she was only 17 years old, in Northern Italy, and she is remembered as the first Italian women to cover the role of Sergeant in the history of the Italian Republic. Bruna Dradi, Italian Partisan and leader of the movement for the emancipation of women in Basilicata. Source: Wikipedia

In the 1950s, she was sent to the South, in the region where I come from (Basilicata), with the goal of organizing a movement for the emancipation of women, in a place where still the life conditions and the innovative ideas which had by that time permeated the post-war Italian society were lacking, as in other rural areas of the peninsula. Her figure is now remembered as an example of perseverance, and, most of all, Resistance.

With the due acknowledgements and differences, we can compare that time with the one that we are living now, resisting against an invisible enemy, which is keeping Italy and the rest of the world under a total lockdown, where everything seems to be stationary. 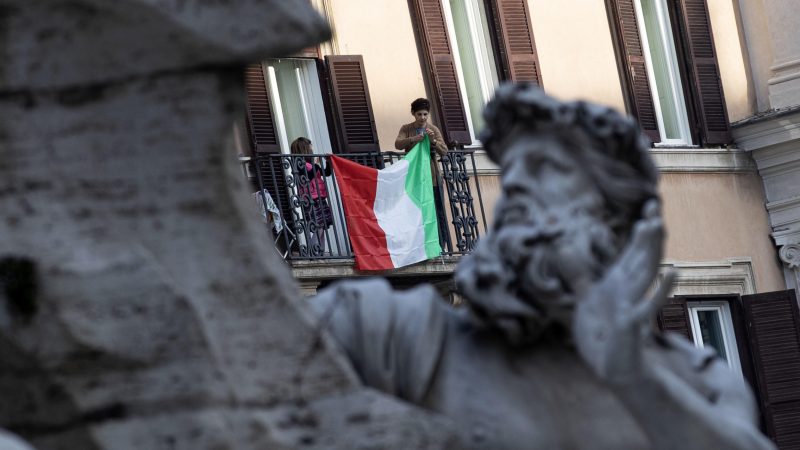 Italian citizens exposing the Italian flag in Piazza Navona, Rome, during the lockdown due to the Covid-19 Crisis. Source: Massimo Percossi/EPA/EFE

The Covid-19 Crisis, which so far made more than 25,000 victims in Italy, is creating immense difficulties under every point of view, but it is at the same time testing the capability of Resisting of the Italian people, the same capability of Resisting that our predecessors needed to forge, in order to win a war that was much bigger than them, and which brought lots of Hopes for the future.

The same Hopes that now lead us to imagine that the Future, once that this whole situation will be over, will be brighter than present times currently are.

” Try and leave this world a little better than you found it, and when your turn comes to die, you can die happy in feeling that at any rate, you have not wasted your time but have done your best.”
Robert Baden-Powell

Curious, eclectic, enthusiastic and doomed to love philosophy for the rest of my life, I spend most of my days overthinking and writing down my thoughts, trying to tidy them up. By the way, I can also find the time for the most disparate activities: during my life I’ve been indeed a boy-scout, a football referee, the social media manager for the school paper, and I’m still running a philosophical humorous page on Instagram. I think that this blog is the perfect place for me to express myself and spread my creativity.